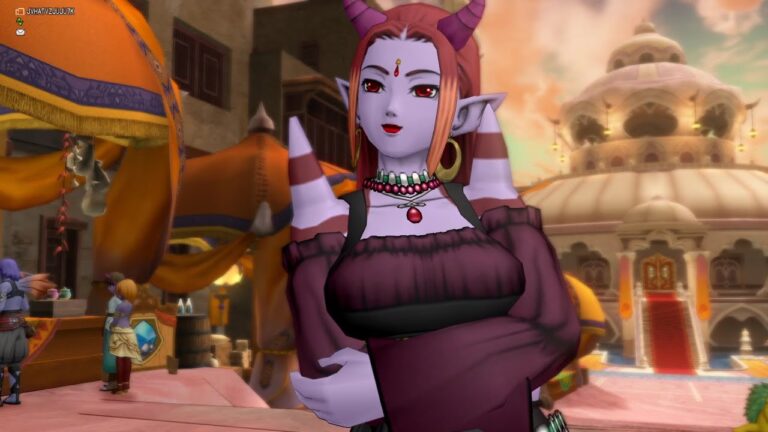 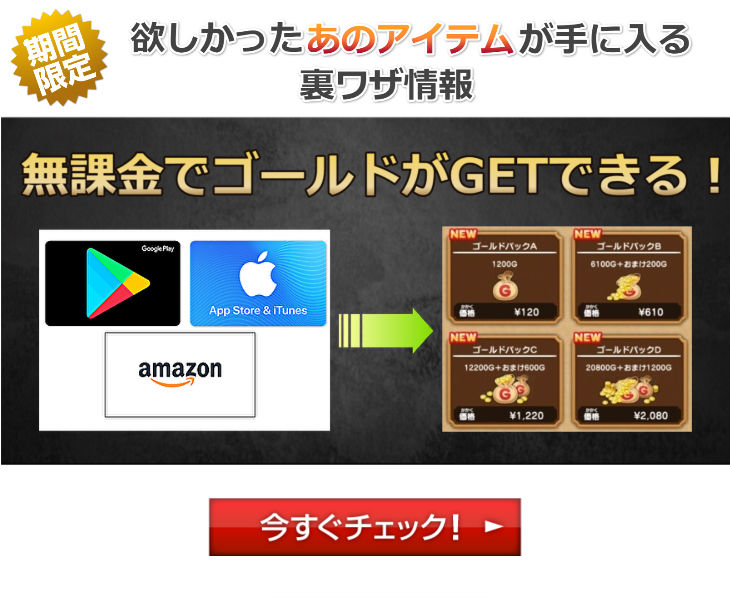 This is video #395 in my Dragon Quest X for PC gameplay series. Look out for spoilers (ネタバレあり).

Davilas is currently carrying out the Version 5.0 storyline. Previously, after having helped Cyril at Belvine Lake, he returned to Zekres and rejoined Yushka. At the Six Continents Hall, he uncovered a secret passage to the Zekres Castle Treasure Vault. There, he learned that Cyril was really Prince Asbar of Zekres, whom Yushka was seeking, and Asbar was stealing a compass! They fled to Waterfall View Square, where Queen Elgadora intercepted them. Davilas and Yushka fought Furious Giant Regevalse. This concluded their task in Zekres. Now, Davilas and Yushka will travel south from the Gerhena Phantom Field through Jalimbaha Desert to the Farazard Kingdom.

Davilas resumes in his house in the Azlan housing area. Outside, he checks his mail and receives gold for items that sold on the bazaar. Many thanks to the buyers!

At the bazaar, Davilas puts another stack of loot up for sale. He deposits his gold in the bank.

When he is ready to go, he uses the Abyss Jewel to teleport to the Jalimbaha Desert gate in the Gerhena Phantom Field.

Davilas arrives at E-7 in the south. By the gate, he talks to Merazef. Merazef issues Quest 611: “Farazard Checkpoint”. This quest is required to go through the gate to Jalimbaha Desert. Davilas must go to the Rogue Roost in the northeast of Gerhena and take out a beastie.

Davilas uses the Abyss Jewel to teleport to the Rogue Roost exit in the northeast. When he arrives, he approaches the Rogue Roost (ならず者のねぐら) at G-3. After some dialogue, he enters the area.

Right away, it is boss time against Killer Grevos. This murderous hog boosts its attack power with Oomph. It has an attack that can knock down the target. It also has a multiple-slash attack that is murderous at high attack power. Its shield has a decent guard rate. Fortunately, it is susceptible to Blunt and Sap.

At the end of the battle, a scene with Grevos takes place. Grevos leaves behind the Soldier’s Luggage Bag (兵士の荷物ぶくろ) key item. Davilas’s next objective is to take this bag to Merazef.

Davilas uses the Abyss Jewel to teleport to the Jalimbaha Desert gate.

There, he talks to Merazef at E-7 and hands over the Soldier’s Luggage Bag. Quest 611 complete! Davilas may now go through the gate to the Jalimbaha Desert. His next story objective is to travel through the desert to the Farazard Kingdom.

Davilas starts at E-1 in the north. He will explore the zone on his way to Farazard in the south.

In a battle against Vicious Shades, Davilas acquires a new Skill Orb.

By the northeastern exit, Davilas examines an Abyss Gate at G-2. This adds a new destination to the Abyss Jewel.

At H-5, Davilas examines a cannon. It propels him to a plateau at F-5. Great shades of Secret of Mana.

On the plateau at F-5, a black chest contains an Elfin Elixir.

On a ledge at G-3, a black chest contains 3 chunks of Demonium Ore (デモニウム鉱石).

By a gate at F-4/F-5, Davilas examines an Abyss Gate. This adds another new destination to the Abyss Jewel.

On a ledge at D-6, a black chest contains 3 Large Shells (大きなこうら).

At D-5, Davilas examines an Abyss Gate by a cave entrance. This adds another new destination to the Abyss Jewel.

At A-7, a black chest contains a Three Imperial Generals Medal (帝国三将軍メダル).

In the southwest corner, Davilas uses the cannon at A-8. It propels him to a ledge at B-7. A black chest at B-7 contains a Medal of Loyalty (忠義の勲章) accessory.

As Davilas enters Farazard, a scene with Yushka takes place. Davilas meets a character named Jilgamot. Watch out for someone spying in the background. The next objective is to rest at the inn.

After the scene, Davilas gains control at E-3 near the city entrance.

The description is continued in the comments. 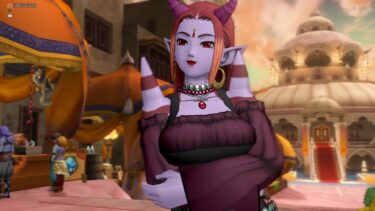